Egon Schiele (12 June 1890 – 31 October 1918) was an Austrian painter. A protégé of Gustav Klimt, Schiele was a major figurative painter of the early 20th century. His work is noted for its intensity and its raw sexuality, and the many self-portraits the artist produced, including nude self-portraits. The twisted body shapes and the expressive line that characterize Schiele’s paintings and drawings mark the artist as an early exponent of Expressionism. Wikipedia 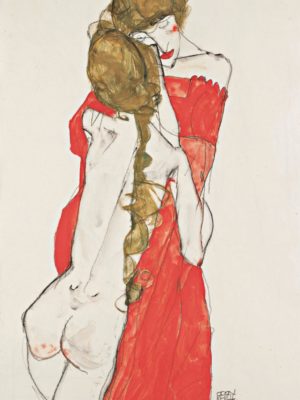 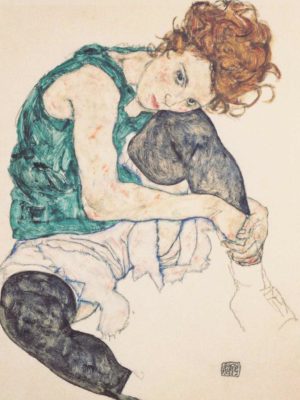